How to Network With the Elephant in the Room

As those who have benefited from business networking know very well, belonging to a networking group that meets regularly helps establish and maintain relationships that can prosper for years. However, it’s almost inevitable, especially in the ways that these groups are structured, that you wind up in business networking situations with people that you simply just…can’t stand to be around.

Sad to say, drama or bad blood can occur at any time whenever we occupy the same space with other humans – but they’re even more likely in situations where wide varieties of people and personalities interact, and business networking meetings are included in these situations by their very nature.

There are several reasons why you might wind up in a business networking situation with someone you’d rather not have to encounter. I’ll discuss three of the most common reasons I’ve seen over the last two decades, as well as provide some suggestions on how to navigate gracefully and comfortably around these potentially awkward situations.

1. When a Referral from one Member to Another Has Gone Bad

The primary purpose of regular business networking meetings attended by business owners and sales professionals is to develop close enough relationships between members of the group to refer business to one another.

In nearly every case, this is a win-win for the person getting the referral and for the one who gave it. However, in a small percentage of referrals, something has gone wrong. For whatever reason, something happens, and what should have been a positive experience just goes south.

Then human nature kicks in and makes it even worse: People tend to talk about each other, not to each other. Suppose that Margaret gives Larry a referral and for some reason Larry did not deliver what he promised. What tends to happen is that Margaret then tells her friend Sam what an idiot Larry is, and how bad his service is…without ever going to Larry and talking to him to personally discover what went on and discuss how it could be fixed.

At best, this behavior perpetuates the negative feelings – at worst, it exacerbates them.

In my experience, in more than 90% of cases like these, it turns out that there was actually nothing wrong with the referral…it was simply a matter of miscommunication!

The bottom line: Things sometimes go wrong, but don’t perpetuate the problem through lack of open, honest communication. If you take a few minutes right after it happens to talk about it in a non-confrontational way, you’ll avoid making an awkward situation even worse.

I’ve often said – only half kidding – that networking would be so much easier if people weren’t involved! But since they are, there is inevitably going to be a disagreement now and again. I’ve been asked how this should be handled hundreds of times over the years, and my advice on this has always been the same: Don’t focus on the problem; do focus on the solution.

Why is this? Because if you only focus on the problem you become an expert at the problem – but you never come up with a solution to fix it.

And that’s not going to help anyone – not the members in the disagreement, and certainly not the other members of the chapter who have to listen to this drama at every meeting or get-together of the group!

Here is what I suggest to leaders of any networking groups to do when it comes time to intervene in a member dispute. Take aside the member doing the complaining and ask them: Just how bad is this situation? Give them a scale of 1 to 10, with 10 being the best and 1 being the worst. Here’s the interesting thing: Most of the time, the answer is 3-4. This may be surprising to hear, but in my experience, it’s true.

After the member answers – and if they do indeed answer 3-4 on the scale – ask them this: Why is it so high? They will look at you like you are crazy, and probably say something like, But it is low!

Sure, it’s not a 9 or a 10, but ask them, What is good about the person you are in this disagreement with – to the point that you didn’t give them a 1 or a 2? And most of the time, they will come up with more than one good thing about him or her! The leaders should help the member build on that, and encourage open, honest – and direct – communication between the two members (just as in the first situation above, communication is key). This way, the members can deal with the problem, while also embracing the positive feelings that each member will almost always have in some form or another for the other, as building blocks for finding a solution to the issue.

I can’t stress this enough: If you can focus on the solutions rather than just the disagreement, you absolutely can get through most issues!

Networking groups tend to attract like-minded people. Because of that, these groups can often bring people together for more than just business. This can be a blessing – but it can quickly turn into a curse if the relationship ends with both members still in the same group!

Short of making a rule that members cannot date – which is simply not realistic or recommended, I would just offer an important point if you ever find yourself in this situation. Yes, a break-up can lead to some awkward moments and feelings of discomfort when you have to face the person regularly in the days and weeks following the breakup. But I argue that the value of the network is so high, that it’s worth working through those feelings – feelings that usually fade, as most people participating in a business networking group are highly professional, evidenced by their joining such a group in the first place.

So, to put it bluntly: suck it up, and continue to network. Don’t lose a network of valuable referral sources you have built over a few days or weeks of discomfort at the most!

And remember – the more professional you remain throughout the breakup and in the time immediately following (by not talking badly about the other person, or bringing your personal situation into the business operations of the group), the more highly you will be viewed by the other members.

No matter what the particular details of the situation, the fact is that at some point or another almost everyone involved in business networking will face an awkward moment with another networker, so it’s probably going to happen to you.

It’s the end game that you should be working toward, and that is growing your business. Don’t ever burn bridges with people in your group, because you never know – you might end up being friends and valued referral partners!

Called the father of modern networking by CNN, Dr. Ivan Misner is a New York Times bestselling author. He is the Founder and Chairman of BNI (www.BNI.com), the world’s largest business networking organization. His book, Networking Like a Pro, can be viewed at www.IvanMisner.com. Dr. Misner is also the Sr. Partner for the Referral Institute (www.ReferralInstitue.com), an international referral training company. 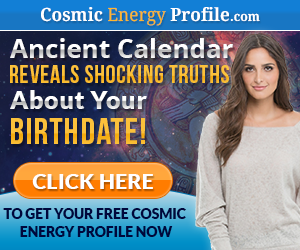