If You Want To Change The World, Stop Thinking!

In the final part of this three part series on thought and the creative process, I wanted to touch upon a really cool aspect of the understanding that I teach. So hold on tight for the ‘infinite intelligence’ part!

Have you ever had a little voice in your head that told you to go a different way to work, and when you got there, someone told you about the pile-up on your usual route? Or perhaps you were thinking about a friend one day, and the next minute they called you.

There’s so many examples of the weird and wonderful universe at work that I come across on a regular basis, they would form a book in themselves, but what I am alluding to here, is that there really is some sort of higher order at play behind the scenes.

I certainly wouldn’t suggest a man with a beard in the sky, but there seems to be some sort of ‘method’ in the madness.

We don’t have to work at healing our cuts or changing our skin every two years. Seasons seem to know what they’re up to, without us goingvin and pressing a switch.

There’s function behind the form, if you will.

Now, where do you suppose all that comes from then…? Might I suggest the same place as good ideas, creativity and genius…?

And if there is a well of wonderful ideas ready to pop up and give us the creative kick-start, what do you suppose is getting in the
way of them popping into our consciousness at any given moment.

For those of you who’ve been paying attention, you might suggest ‘thought’, perhaps…? You see, without our constant stream of thoughts telling us we can’t do something, we’d probably be doing it.

In fact, just sitting here writing this, it suddenly occurred to me that I wasn’t really thinking, just jotting down the conversation in my head.

So not unlike the artists who just paint what they see, or the musician who sings what they hear.

It’s like we are all attuned to the infinite potential of the universe and the only thing from letting us hear or even
see it… is us.

We’re getting in our own way (heard that one before).

And of course the best way to get out of the way, is to see the way… or in this case, see the way we are creating reality through thought and go with the flow instead of trying to change it.

When I wrote my book ‘Do Nothing!’, I woke at the same time every day for five months (OK, nearly every day), and just started writing.

It’s why I liken the process to being a giant antenna for the infinite intelligence of the universe… we’re here to pick it up and run with it.

So the next time you’re getting stuck in a project… remember that there’s nothing getting in your way other than you. So take yourself off the hook and go have fun instead. We’re never disconnected, even when it feels like we are, so the inspiration will come if you let it!

Damian Mark Smyth is a creativity mentor who helps you uncover your innate wisdom through an understanding of the human operating system. He is the Author of ‘Do Nothing!: Stop Looking, Start Living’ available on Amazon. Damian mentors only 7 projects per month, so if you would like to be added to the waiting list and discuss your project with him, go to: www.damianmarksmyth.com 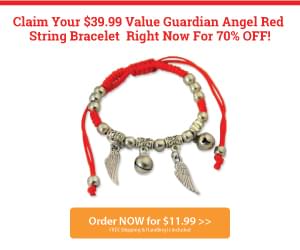